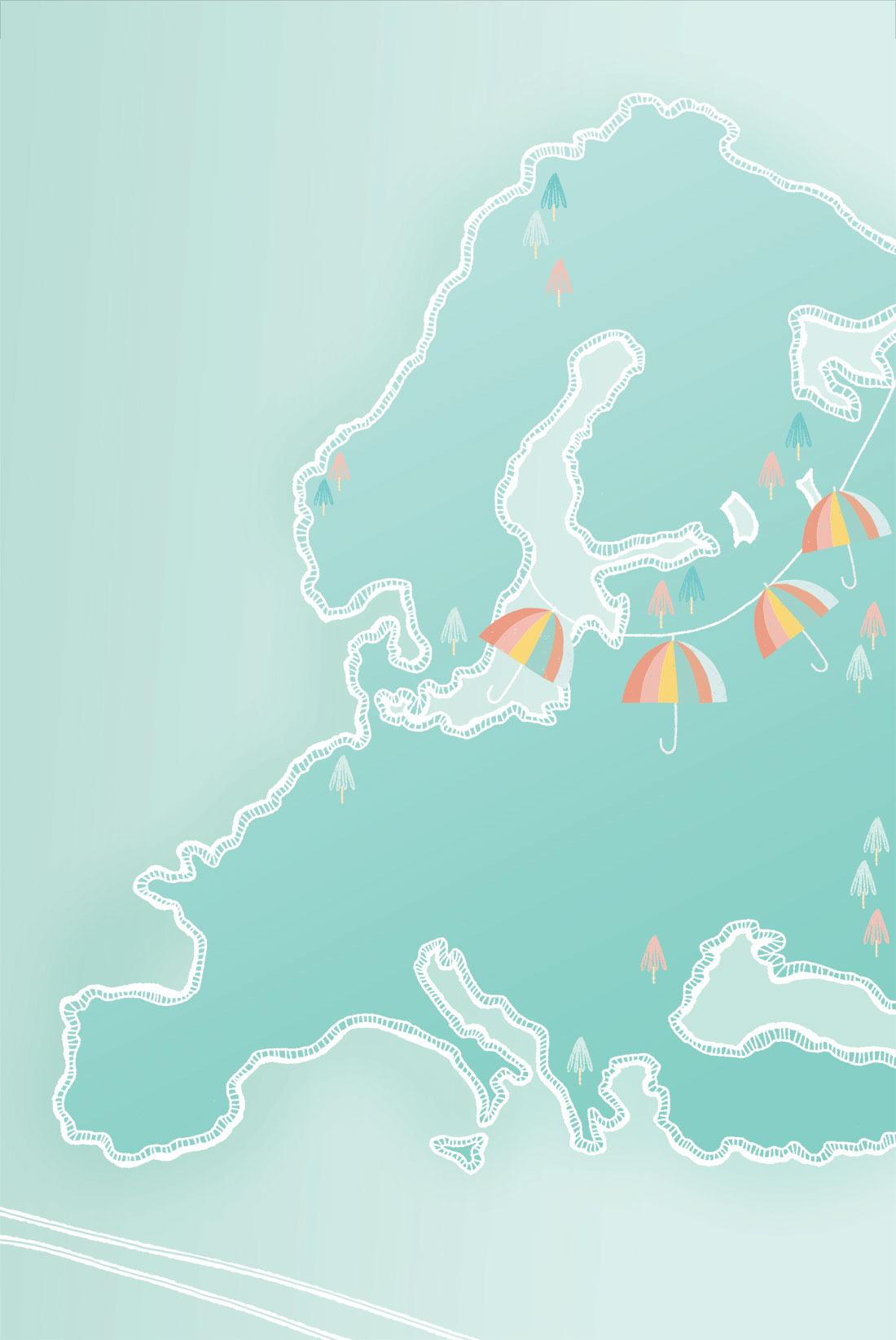 The psychedelic lights and trance music performances of Boom Festival in eastern Portugal was posted about 10,013 times on Instagram in 2016. Famous for their sustainable ethos, this festival that takes place every two years aims to please all 33,333 of its attendees with a wide mix of music, art, theatre and circus acts.

Not just a hub for world-famous jazz, indie and soul performers, Flow Festival in Finland’s capital is also known for its art exhibits, movie screenings and thought-provoking talks. Attended by 70,000 festival-goers each year, it’s urban setting and impressive line-up were posted about 9,201 times on Instagram in 2016.

Billed as the oldest music festival in Holland, Mysteryland is a magical three-day event that was posted about 9,783 on Instagram in 2016. With over 200 electronic artists performing each year plus a whole host of carnival style attractions across its impressive site, it attracts 60,000 festival goers every year.

For endless blue skies and an impressive line-up of mainstream and alternative artists, 50,000 people head to NOS Alive in Portugal each July. Popular for its sun soaked location that’s just 15 minutes from the nearest Lisbon beach, it racked up 10,906 Instagram photos at its 2016 event.

For sunshine, tapas and the best global music, Primavera Sound in Barcelona is definitely the place to be. Known for its variety, it attracts 30,000 people a year with its pop, rock and electronic music line up. With its laid-back holiday vibe, 10,658 photos were added to Instagram of the 2016 festival.

For fans of rock music, Ruisrock in Finland is the ultimate festival experience. Located on Ruissalo Island just outside Turku, it draws in 30,000 visitors annually with its impressive line-up of rock and mainstream artists. Boasting a backdrop of natural woodland and beautiful beach, 22, 806 Instagram pictures of Ruisrock were posted in 2016.

Held on an island in the middle of the Danube River in Budapest, Sziget is one the largest and most vibrant music festivals in Europe. 496,000 flock here for a week of popular live music and to enjoy features like the art zone, sports zone and chill-out garden. In 2016, Sziget was Instagrammed an impressive 51,505 times.

Mixing the hottest music with laidback Scandi culture, Summerburst Stockholm takes place at the beginning of June in the pretty Swedish capital. From international chart toppers to more local talent, 50,000 gather here each year with 14,718 Instagram photos being taken of the event in 2016.

A huge celebration of electronic music and multimedia art, Sonar Barcelona takes place at various venues across one of Spain’s most cultural cities. Along with the sunny climate, the 121,000 festival goers experience three jam-packed days of the best EDM from across the globe. From the performances to the beautiful Barcelona setting, 22,154 Instagram pics were taken in 2016.

With some of the biggest names in electronic music headlining each year, Tomorrowland always sells its 180,000 tickets in mere minutes. Hosted in Boom, Belgium, 2016 saw 83,896 taking Instagram photos of the atmospheric eco-friendly site, the world-famous musical acts and the impressive use of special effects during performances.