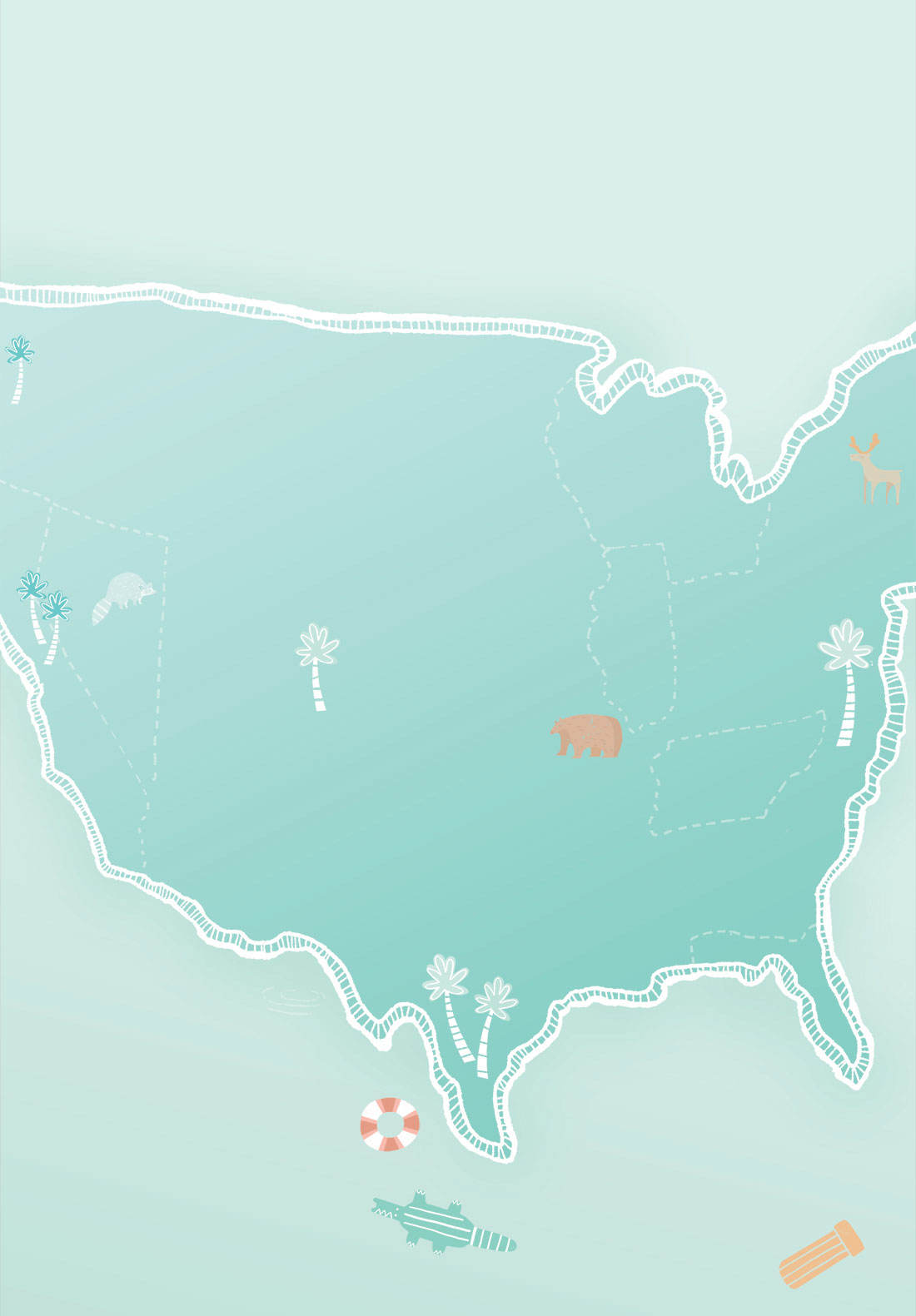 Taking place in late June, Electric Forest in Michigan is a festival like no other. With a mix of rock and jam bands taking centre stage, the event draws in 35,000 people and is also known for its artistic attractions and sustainability. From the magical forest setting to the musical talent, 18,501 were taken here in 2016.

With 300,000 people flocking here each year, Lollapalooza in Chicago is definitely one of the biggest US music festivals. With its alternative rock, hip-hop and EDM line-up and its distinct food and cultural scene, it’s a real hotspot for selfies and artsy photos- so much so that an impressive 74,385 Instagram pics were taken in 2016.

This lakeside music festival in rural Milwaukee attracts up to 800,000 people each year, making it the world’s largest music festival. The music across the 11 day Summerfest varies from rock through to folk. From the opening night fireworks to the performances on the multiple themed stages, Summerfest was posted about 14,848 on Instagram in 2016.

From the waterside views to the popular line-up, Sunfest in Florida is the perfect for kicking off the summer. As well as a mix of pop, R&B, country and indie performers, it’s also famous for its art district and floating bars that were featured many times in the 10,005 Instagram photos taken in 2016 by 14,000 festival goers.

For a dose of electronic music in the sun, head to the shores of glamorous Miami for Ultra Music Festival. 17,446 Instagram photos were posted of its 2016 event which saw huge names like David Guetta and Kygo headlining. With space for 165,000 people, it’s one of the biggest dance parties in the world.

Merging performances from the best EDM artists in the world with a funfair vibe, Electric Daisy Carnival Las Vegas is a mesmerising festival that’s the biggest of its kind outside of Europe. Hosting 130,00 visitors annually, 2016 marked its 20th year that was posted about 11,574 times on Instagram.

One of the biggest music festival in America and a favourite for celeb spotting, Coachella draws in nearly 200,000 people every year. Taking place in sunny Indio, California, over two weekends in April and showcasing the best in international music, an impressive 276,988 Instagram photos were taken in 2016 alone.

A hub for spiritualism, self-expression and art, Burning Man festival takes place at the impressive Black Rock City in the Nevada desert. With 70,000 going each year and plenty of photo opportunities including the ceremonial burning of the iconic Man, it’s unsurprising that 88,773 Instagram pics were taken in 2016.

Enjoy a great mix of global artists from every genre imaginable at the creative Bonnaroo Music and Arts Festival. From the sunny setting of rural Tennessee to the impressive stages that have hosted rock and pop royalty over the years, 29,242 Instagram pics were taken by its 80,000 festival goers in 2016.

Flashing lights, cool special effects and thumping electronic beats are the main draw of Beyond Wonderland, an EDM festival that takes place in balmy Southern California. 45,000 music lovers gather here every March for energetic performances and impressive pyrotechnics that racked up 14,624 Instagram posts in 2016 alone.